And apologies and much love to Mr. Drew Struzan. 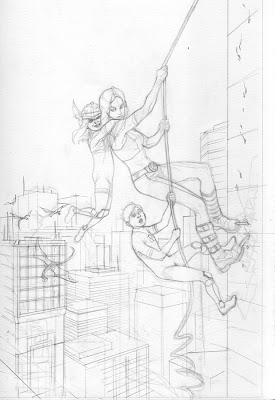 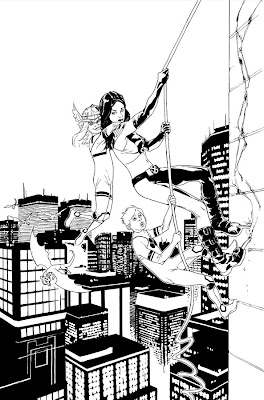 Posted by Kalman at 3:12 PM No comments:

A Touch of Frost 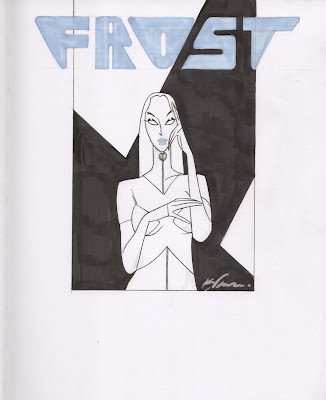 The last of my outstanding Fan Expo commissions. Well, except for one, but that's morphed into something entirely else now.

The first piece I did for Dani just this past spring, was a 60's/70's era Domino wearing a Mondrian dress (um, awesome,) and the follow-up request: Emma Frost, mashed up with the cover art below, did not disappoint. 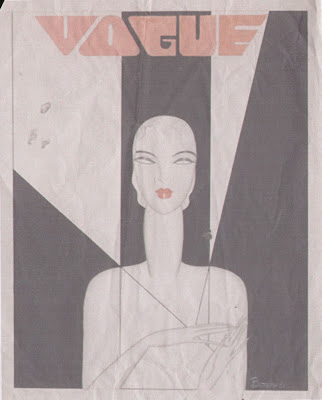 Posted by Kalman at 7:51 PM No comments:

...or The Artist Formerly Known as BOMBHEAD!

I did some cover art last year for new publisher Kickstart Entertainment (NOT Kickstarter.com, which is what everyone thinks when I say the name.)

This is the first of them, for an OGN originally known as Bombhead! and ultimately released as Deadline! Above is the cover art I submitted, but for reasons too complex to go into here, the book was released with a slightly different look.

So here's the real cover (along with some process shots), this may be the only place you will ever see it, unless Deadline! goes into a second printing... 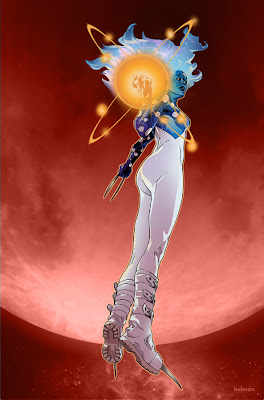 Apologies for the blog neglect my friends, it's been a whirwind month. I Just got back from NYCC and my head is still spinning. Up top, cover art to X-23 # 16, the culmination of the Future Foundation arc, which is also (cat's out of the bag now...) a Captain Universe arc!
Posted by Kalman at 8:34 AM 2 comments: