Welcome to the Archive

This used to be my blog, but now it's an archive. I've moved the action over to my tumblr

For up to date posts, art, and occasional quips, please head over there.

Thanks and much love.
Posted by kalman at 10:10 AM No comments: 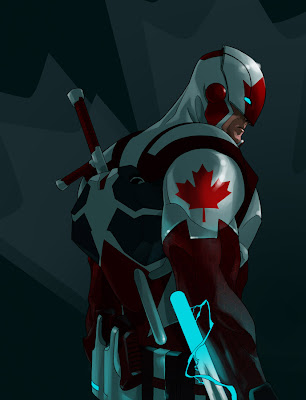 I've been working behind the scenes for some time now on a revamp of Canada's greatest superhero, Captain Canuck! We unveiled the new design at FanExpo 2012 last month in the form of a limited promo poster, and the response was tremendous. Check out captaincanuck.com for a short teaser, and be sure to keep checking back there for updates.

In the meantime, our Cap's featured on Project:rooftop today, so go say 'hi.' 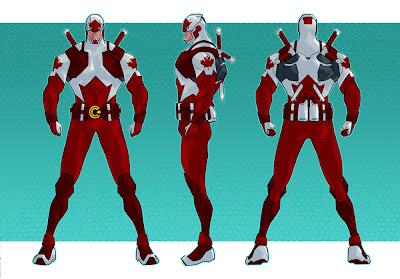 Consider if you will...

I'd say sincerest form of flattery, wouldn't you?

Of all the awesome people that have drawn Spider-man over all those many years, they base this very important image on my cover?

I remember stressing a lot while drawing this cover, trying to distill all of a lifetime of Spider-man impressions into that single iconic image.

If I can take away anything, it's maybe that I succeeded.
Posted by Kalman at 9:27 AM No comments: 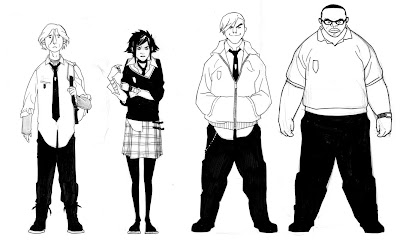 The cast of the thing I'm about to go and discuss with my collaborator over some beers. Stylistic departure? Why yes, thanks for noticing.

This project has been unfolding in slow motion, and for once, none of that is my fault! In fact, much of the silliness precedes my involvement. Hopefully now it can go go go!
Posted by Kalman at 6:44 PM No comments:

A Coda in Wolfsong

This is the cover for the final issue of X-23, issue #21, out a couple weeks ago now. And that means it's finally time for me to write this post, the one I've been dreading, because writing it means it's really over. X-23 is all done.

This cover run will go down as one of my favorite assignments. A little bit because of the character --as an X-Men kid, and a Wolverine kid, she's right up my alley, a little bit because I figured some shit out on in my own head during this gig, both about myself as a creator and a professional, but mostly due to the people involved . The team had a rapport and... I want to say synergy here, but I have railed against people who use that word in earnest... Let's just say we had something special here.

And I think it showed in the book, I think we surprised everyone. All involved brought their best to the table, and made me proud to add my small part to something so awesome, you all know who you are.

In particular, though, I need to give some props here to Jeanine Schaefer editor extraordinaire, and the real star of the show Marjorie Liu. And most especially, to Jody Leheup, for commissioning this way back at the beginning, as an inventory cover originally, just so I could scratch my digital painting itch.

Posted by Kalman at 1:22 PM No comments: 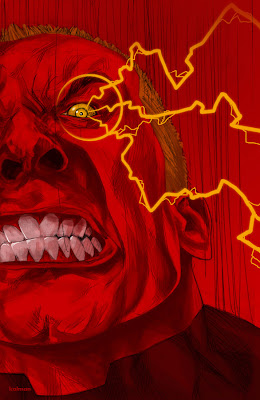 It's the cover for Irredeemable #35, and Plutonian is very very angry. This one was fun, really liberating to just bang away with the pencil. 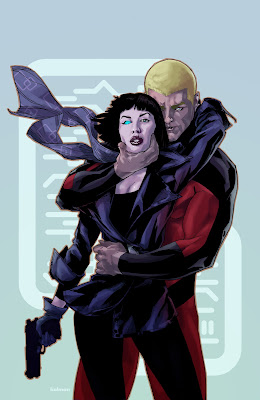 Maybe this time she'll stick around... 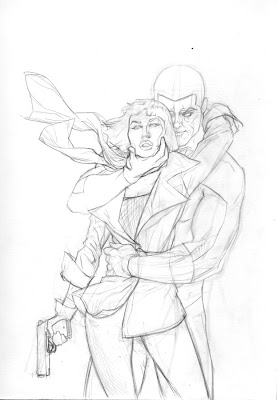 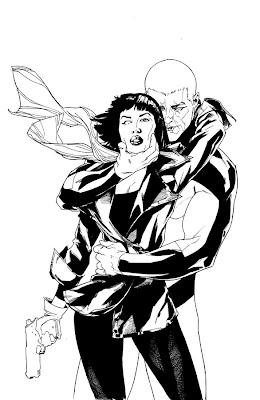